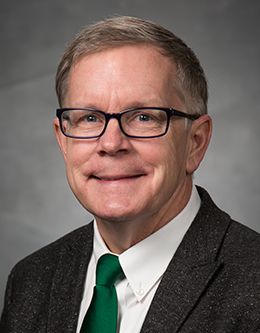 As a teacher and scholar, Michael Dorff’s love of mathematics is tangible. His extensive professional influence throughout the world has popularized the “art” of mathematics while also encouraging substantial undergraduate research.

Growing up in an active Catholic home, Michael decided as a teenager to investigate other churches. While playing the cello in a youth orchestra he was introduced to The Church of Jesus Christ of Latter-day Saints (“the Mormons”) through a fellow orchestra member. He read the Book of Mormon in just ten days and after further investigation joined the Church. Though Michael’s mother and brother were skeptical at first, they were intrigued by Michael’s change of heart, which sparked their desires to explore this newly found faith—leading to their conversions as well.

He is the founder and director of the funding organization CURM, the Center for Undergraduate Research in Mathematics, and he runs the Careers in Math Speaker Series on BYU campus. He is also well known in the field for his published research on harmonic mappings. He has been a Fulbright scholar in Poland, a recipient of the Deborah and Franklin Haimo Award for Distinguished College or University Teaching of Mathematics, a fellow of the American Mathematical Society, and is currently the president-elect of the Mathematical Association of America, which includes over 25,000 members. A popular math speaker and lecturer, he travels the world over and often sponsors international post-doctoral researchers here at BYU.

In the classroom he simply goes by “Coach Dorff,” a title he adopted to reflect his fervent desire to inspire students and help them achieve their goals. Often he teaches large sections of introductory calculus classes so he can infuse starting students with his love of math.

Michael Dorff and his wife, Sarah, have five daughters. He loves reading, traveling, music, and Christmas. In his BYU devotional, he spoke about the powerful difference that comes into our lives when we choose to see things, and especially to see people, in a different and positive light.