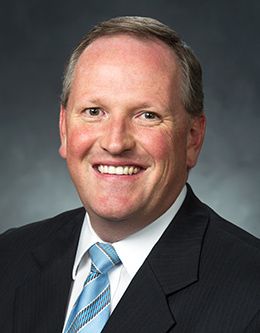 Assistant athletic director Michael Middleton has been the Cougar Club director since 1998. Over the past 20 years he has helped BYU Athletics raise more than $100 million to support BYU student athletes through programs like the Cougar House, Courtside Cougars, and the Touchdown Club and projects including athletic endowments, annual scholarships, and premium seating.

A member of NAADD, the National Association of Athletic Development Directors, Middleton was the sponsor of two National Volunteers of the Year when Mitch McCuistion and Bob Wakefield were honored for their service to the athletic department.

During his time at BYU he has also been an adjunct public speaking instructor, an Education Week presenter, and a scriptwriter for Bonneville Communications’ Music and the Spoken Word.He is married to former BYU All-American track athlete Laura Zaugg, and they are the parents of three children.

Adding Stars to Your Life’s Sky