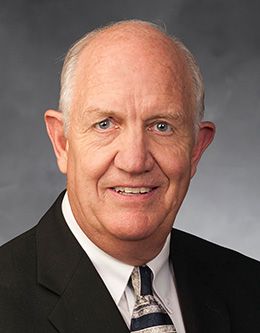 Neal LaVaun Cox joined the BYU Student Leadership staff in November 2007 and was appointed associate dean of students in August 2011. Prior to joining the BYU family he served as the associate vice president and dean of students at Southern Utah University.

Brother Cox is a career educator with teaching experience at four LDS seminaries and has filled teaching and administrative assignments at Snow College and the LDS Church College of Western Samoa. His life has included significant involvement with community and church affairs, and his career was punctuated with service as an LDS mission president in the Illinois Chicago Mission from 1995 to 1998.

Brother Cox served a mission in Japan and is a graduate of Snow College and Utah State University with graduate degrees earned at BYU. His service as student body president at Snow College and president of the Latter-day Saint Student Association at Utah State University provided the genesis of his interest in student leadership. He has served as a club and/or student government advisor at every school at which he has worked.

Neal enjoys spending time with his family as well as golf, tennis, and barbershop singing.

He and his wife, Carol, reside in Provo and are the parents of six children and grandparents to twelve.

“And They Did Fellowship One with Another”