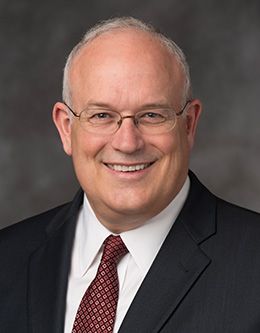 Elder Johnson received his bachelor’s degree from BYU in zoology in 1978 and a master’s degree in counseling and guidance in 1982. He went on to receive a doctorate in instructional technology in 1989 from Utah State University.

Elder Johnson has served in a number of callings through the years, including stake president’s counselor, high councilor, bishop, elders quorum president, and Young Men president. He served as a full-time missionary in the Norway Oslo Mission.

Elder Johnson and his wife, Jill Washburn, are the parents of nine children.

Free to Choose Liberty or Captivity