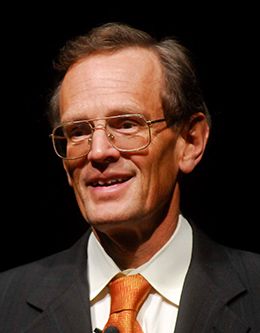 Dr. Paul Woodruff is the Darrell K. Royal Professor of Ethics and American Society at the University of Texas at Austin. His specialty is ancient philosophy and the history of ideas in the ancient world. He is a graduate of Princeton University and Oxford, as well as a veteran of the war in Vietnam. He began teaching at the University of Texas in 1973. In 1988 he became chair of the Department of Philosophy, and in 1991 he was named director of the Plan II Honors Program, a selective four-year undergraduate degree based on a core curriculum. He has won the Harry Ransom Teaching Award and is a member of the Academy of Distinguished Teachers at the University of Texas.

Woodruff’s scholarly publica­tions include translations from many of the great authors of the classical period—Plato, Thucydides, Sophocles, and Euripides. He has a special interest in the climate of ideas that produced democracy in the ancient world. His book on that subject, First Democracy: The Challenge of an Ancient Idea, was recently released. His book Reverence: Renewing a Forgotten Virtue was published in 2001 by Oxford University Press and was recognized as being among the notable nonfiction for the year by the Christian Science Monitor.