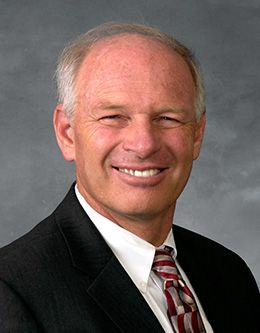 Randy J. Olsen was born in Logan, Utah, but because his father was in military service, Randy grew up in many different areas of the United States. He graduated with a bachelor’s degree in German from Utah State University and completed master’s degrees in library science and public administration at BYU. He is currently completing a doctoral degree in anthropology at the University of Utah.
BYU hired Randy in 1972 to catalog German-language materials. He held a variety of positions in the Lee Library, including librarian deputy direc­tor. In 2009, he was called as the Director of Libraries in the Church History Department.
Randy is active in professional library associations, having served in numerous positions on committees of the Utah Library Association, the Mountain Plains Library Association, the Research Libraries Group, and the American Library Association. He served as president of the Utah Library Association in 1992 and was recognized as Librarian of the Year by that association in 1996.
Brother Olsen has held numerous Church positions, including that of bishop and member of the General Sunday School Board. Randy and his wife, Margaret, have four children.