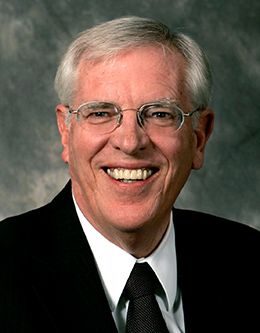 A native of Utah, Richard D. Draper was raised in Pleasant Grove. After serving in the military he went on an LDS mission to the Central Atlantic States. After com­pleting his mission, he married Barbara Johnson. Upon gradua­tion he was hired by the Church Educational System, where he served for 20 years. During that time he completed his master’s degree at Arizona State University in history. Upon completion of his doctorate degree at BYU in ancient history, he joined the Religious Education department, where he has taught for 20 years.
He has served as managing director of the Religious Studies Center and as graduate coordina­tor and associate dean of Religious Education.
He has authored or coauthored eight books and over 150 articles or chapters in books. His area of specialty is biblical apocalyptic and prophetic writings.
He has served on high councils three times, in a bishopric, and as bishop. He has also served as deacons quorum advisor twice and Scoutmaster three times.
Richard and Barbara have six children and reside in Lindon, Utah.