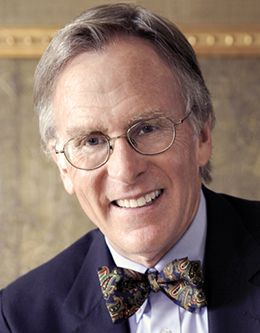 Dr. Richard R. Beeman, the emeritus John Welsh Centennial Professor of History, has been a member of the faculty at the University of Pennsylvania for forty-five years. He is a historian of the American revolutionary era and has written seven books and several dozen articles on aspects of America’s political and constitutional history in the eighteenth and early nineteenth centuries. His recent book, Plain, Honest Men: The Making of the American Constitution (Random House, 2009), was the winner of the George Washington Book Prize and the Literary Award of the Athenaeum of Philadelphia. His annotated edition of the Declaration of Independence and the U.S. Constitution, The Penguin Guide to the United States Constitution, was published by Penguin Books in 2010. Dr. Beeman has also recently completed a six-volume edition of Civic Classics, published by Penguin in August 2012. His newest book, Our Lives, Our Fortunes and Our Sacred Honor: The Forging of American Independence, 1774–1776, was released in May 2013. This book tells the story of the drama that played out within the Continental Congress between September 1774 and July 4, 1776, as America’s political leaders argued about and ultimately agreed on the decision to declare their independence from Great Britain.

Dr. Beeman has received numerous awards, including fellowships from the National Endowment for the Humanities, the Rockefeller Foundation, the Institute for Advanced Study at Princeton, and the Huntington Library. He has served as a Fulbright professor in the United Kingdom and as Vyvian Harmsworth Distinguished Professor of American History at Oxford University.

The Founding Fathers of 1787: Lessons in Political…