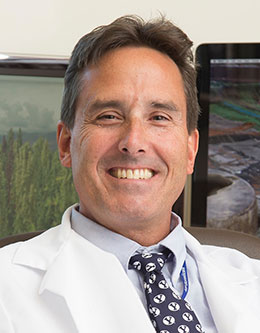 Dr. Rick Jellen, associate dean of the College of Life Sciences at BYU, first came to the university in 1980 to begin his undergraduate studies. He completed them in 1986, with a bachelor’s degree in agronomy. However, Dr. Jellen was nowhere near being finished with studying and learning. He was accepted into the plant breeding graduate program at the University of Minnesota. There he earned both his master’s and his PhD while studying under the man who had recruited him to the program—Dr. Don Rasmussen from Ephraim, Utah.

Dr. Jellen has an impressive list of dozens of works published and presentations given. He has focused in on a very specific area, yet it has given him plenty to learn and write about. Dr. Jellen’s research has centered on two important crops: quinoa and oats. Though this may seem a peculiar topic to some, Dr. Jellen’s research has yielded valuable results for many people. In his speech he explained, “Our research group at BYU, which is co-directed by me and Drs. Jeff Maughan and David Jarvis, is part of an international effort to breed quinoa that is better adapted to grow throughout the world, including the lowland tropics. Farmers in Africa, South Asia, and lowland regions of Latin America would like to be able to grow and feed quinoa to their children because of its excellent protein and mineral content.” [1] The research conducted by Dr. Jellen and his team has helped farmers significantly increase crop production over the years.

This research has a gospel application, too. In his devotional Dr. Jellen also asked, “While genetic diversity is so important for crop survival, what about in human beings? While the genetic answer to this question is a resounding YES, I believe that culturally the answer to this question is also YES!” [2] According to Dr. Jellen, it is diversity that makes us stronger as a Zion people, not homogeneity; embracing everyone’s different talents and viewpoints can actually bless us to become more unified.