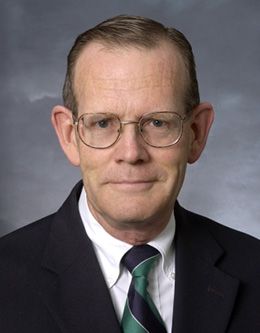 Robert H. Todd joined the Church in Southern California shortly before completing his bachelor’s degree in general engineering. After earning a master’s degree from Stanford University, he served a mission to Florida. He returned to Stanford to complete a PhD and then taught at Ricks College before spending 10 years as a senior engineer and technical manager at General Motors Corporation and the Michelin Tire Corporation in the United States and Europe.
Professor Todd is the found­ing director of the College of Engineering and Technology’s Capstone program. Since going to BYU in 1989, he authored more than 85 technical articles and two manufacturing processes books that are used throughout the world. He served as a department chair and an undergraduate coordinator. His research and teaching inter­ests included manufacturing-process machine design and the improvement of engineering education.
Dr. Todd’s numerous awards included the Karl G. Maeser Excellence in Teaching Award, the Mechanical Engineering Department Outstanding Teacher Award, and the BYU Blue Key College of Engineering and Technology Outstanding Faculty Award. In 2003 he was elected a Fellow of the American Society for Engineering Education.
Brother Todd is married to Janell Shurtz. They have eight children and 16 grandchildren.

So, What Do You Really Want to Be When You Grow Up