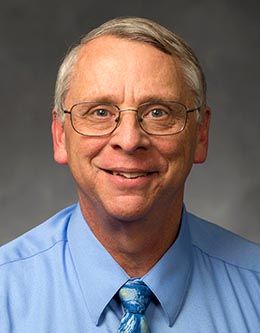 Professor Ronald E. Terry received his bachelor of science degree in chemical engineering from Oregon State University and a PhD from Brigham Young University. He worked for Phillips Petroleum Company after gradu­ate school and began his academic career in 1977 at the University of Kansas. He has also taught at the University of Wyoming and has been at BYU in the Chemical Engineering Department since 1987.
Early in his career Professor Terry’s scholarship efforts involved researching methods to enhance the production of oil and gas. Since joining BYU his scholarship has centered on pedagogy, student learning, and engineering ethics. He is currently one of BYU’s co-investigators for the NSF-funded National Center for Engineering and Technology Education.
Brother Terry  is married to his high school sweetheart, Rebecca Hansen, and they have seven children.