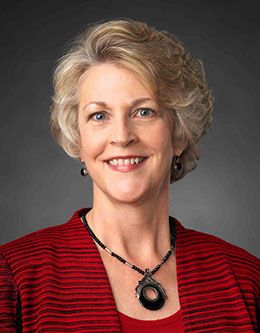 After graduating from the University of Utah, Ruth Lybbert married Dale G. Renlund, who later became a member of the Quorum of the Twelve Apostles. She taught high school English and debate for three years and later felt prompted to attend law school. She had considered a career in law earlier in life, but she was discouraged by her father, a lawyer himself, because of the time-consuming nature of the profession. However, when she called him to ask for a loan to help pay for her schooling fees, he enthusiastically agreed and encouraged her to live her dreams.

At the time, the Renlunds were living in Baltimore, Maryland, while Elder Renlund completed his internship and medical residency. Sister Renlund applied, was accepted to, and graduated from the University of Maryland Francis King Carey School of Law. She excelled as a lawyer, serving in a number of positions including as a lawyer for the Utah General Attorney’s office, as a member of the Utah Supreme Court Committee on Professionalism, as the first female president of the Utah Trial Lawyers Association, and as the president of her law firm, Dewsnup, King & Olsen.

Sister Renlund’s law career was abruptly paused in 2009 when her husband was called as a General Authority of The Church of Jesus Christ of Latter-day Saints. The Renlunds were relocated to Johannesburg, South Africa, where Sister Renlund served as Relief Society president, Africa Southeast Area historian, and as a member of the Church’s Public Affairs Committee.

In her BYU devotional, Sister Renlund bore testimony of the power of the priesthood. “You can have a superpower greater than any fictional power ever conceived,” she said. “You can have God’s power in your life, the ultimate, very real superpower.”

Sister and Elder Renlund are the parents of one daughter.

The Power to Change