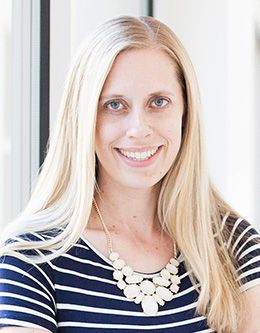 Sarah M. Coyne is a BYU professor of human development in the School of Family Life. Her first name, Sarah, means princess—a fact that is important to both her personal life and her research. In her 2016 devotional, Dr. Coyne said, “I have been thinking about this princess thing for a very long time, and I always felt like my name represented something important and special. However, you don’t need to be named princess to actually be one.”1 She reminded everyone of their divine identity and potential, as children of a heavenly king and queen. In addition to having a strong testimony of the importance of our royal identity, Dr. Coyne has a significant amount of knowledge about a different type of princesses—the kind portrayed in popular media. Dr. Coyne’s groundbreaking research exposed the negative consequences of princess culture in the United States, which caused people to start to rethink the type of role models we should be creating for adolescents.

But before Dr. Coyne began her Disney-themed research, she started off as an undergraduate student at Utah State University, where she received her bachelor of sciences degree in psychology. After that, Dr. Coyne and her family moved to England to continue her education. In England, Dr. Coyne says, she began thinking about the obsession people have with royalty because of the tourist-y and cultural experiences they had while there. At the end of six years living abroad, Dr. Coyne received her PhD in psychology from the University of Central Lancashire in Preston, England. After earning her PhD, Dr. Coyne got the opportunity to begin working for Brigham Young University. During her time as a researcher and professor, Dr. Coyne has over 100 publications that cover a handful of related topics: media, aggression, gender, and child development.

Dr. Coyne is an advocate for healthy relationships with technology and shares the insights she gets from her studies. One piece of advice she has for parents hoping to guide their children’s social media use: “Help them to really recognize their emotions surrounding what’s happening around certain followers and certain sites. You’re helping them to become critical thinkers around their own social media use, which is highly protective for developing mental health problems associated with social media over time.”2 She doesn’t condemn social media, but instead uses her experience and knowledge with media to encourage positive and active views toward its use. Dr. Coyne currently lives in Salem, Utah with her husband. Together they have five young children, whom she hopes see the result of applying the lessons she has taken from her personal gospel journey and professional research.

The Fantasy and the Reality of Your Royal Identity