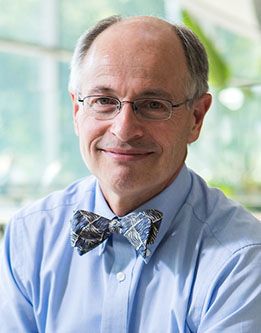 Scott Miller is a professor of Japanese and comparative literature in the BYU College of Humanities. He grew up in northern Utah, served a mission in Japan, received his BA from BYU in comparative literature, studied at Tsukuba University in Japan, and then earned his MA and PhD in East Asian studies from Princeton University. While at Princeton he met and married his wife, Judy Caccavella. He was an associate professor of Japanese at Colgate University in upstate New York prior to coming to Provo. At BYU he has served in a number of administrative positions, including as Honors Program director, codirector of the International Cinema program, and department chair of Asian and Near Eastern Languages. In 2015 he was appointed to a five-year term as dean of the BYU College of Humanities.

His favorite classes to teach include a course on Asian literary traditions and a civilization course on world literatures. His research areas include nineteenth- and early-twentieth-century Japanese literature, oral narrative, early Japanese sound recordings, and translation theory. He has curated an exhibition of rare Japanese artworks from the L.  Tom Perry Special Collections Library archives and has published a book examining how Western novels were adapted into Japanese in the late nineteenth century. He has also remastered an audio CD documenting his discovery of the first recorded examples of Japanese music, published a historical dictionary of modern Japanese literature, and translated a modern Japanese Buddhist fable into English.

Miller and his wife are the parents of two children, a daughter and a son. He has served in the Church in a variety of callings, his favorites being ward organist, teacher, and Primary pianist.