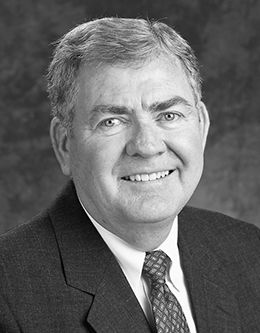 Prior to joining the BYU English faculty in 1978, emeritus professor, Stephen Tanner, taught seven years at the University of Idaho and spent two years as a senior Fulbright lecturer in Brazil, where he helped establish a graduate program in American literature at the Federal University of Minas Gerais in Belo Horizonte. After arriving at BYU, he received three additional Fulbright Fellowships to lecture in Brazil and Portugal. He also taught a year in England and lectured several times in Germany.
His teaching and scholarly interests were primarily in the area of humani­ties where history, philosophy, and religion impinge on literature, with a special focus on American thought. He is the author of four books and numerous articles, most of which treat topics of American literature and biography.
A native of Ogden, Utah, Stephen Tanner received his higher education at the University of Utah and the University of Wisconsin. During the years of that education he served a mission to the Northern States and returned to marry Madlyn Gillespie of Salt Lake City. The Tanners have three children.