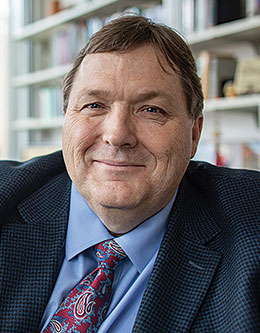 As the director of Student Development Services at BYU, Steven A. Smith has the challenging job of overseeing some of the most valuable on-campus resources available to students. Though mental health is a challenge across all age groups, it is a particular concern when it comes to college students because of the many life changes they face. Dr. Smith was once himself one of the many students that attends BYU every year, so between that experience and his time working for the university, he is familiar with the challenges those students face. Dr. Smith studied special education as an undergraduate at BYU, and also earned a master’s degree in counseling and guidance from BYU. He left BYU in 1981 to pursue a doctorate in counseling and student personnel psychology at the University of Minnesota, but returned soon after receiving his PhD. Dr. Smith worked at the University of Minnesota and University of Utah’s counseling centers before he joined BYU’s faculty in 1992. He has since held several different roles, proving himself to be a conscientious researcher and a skilled leader. He was named the director of BYU’s Counseling and Career Center in June of 2011, which is now the Counseling and Psychological Services.

Dr. Smith is a licensed psychologist in the state of Utah, a member of the American Psychological Association, has achieved many years of experience and research, and “has received several on-going grants to support his research studying the cultural identity and educational transition issues facing American Indian students.”1 In addition to learning how to support Native American students, Dr. Smith has also worked to support LGBTQIA+ students in his time here at BYU. He was the moderator for BYU’s first-ever LGBTQIA+ Mental Health Forum discussion in 2017.

Though he has dedicated decades of his life to helping college students, Dr. Smith still finds time to enjoy life and to serve in other capacities. One example of this is the three years of service he gave as the bishop of a YSA ward in Provo. Dr. Smith is also proud of the fact that he can still make his wife of over 40 years laugh, which he considers “his greatest accomplishment.”2 Additionally, he loves to spend his free time hiking the beautiful trails Southern Utah has to offer with his family.