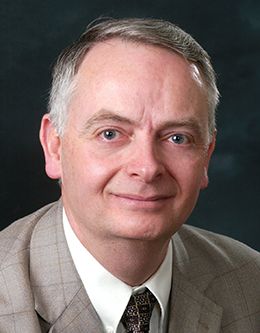 Thomas W. Sederberg is currently an associate dean of the College of Physical and Mathematical Sciences. He earned his PhD in mechanical engineering from Purdue University in 1983 and taught in the BYU Civil Engineering Department from 1983 to 1996. Since 1997 he has been a professor in the Computer Science Department.

His main research areas are computer graphics and computer-aided geometric design. He received the National Science Foundation Presidential Young Investigator Award in 1986. His research has had 25 years of continuous funding from NSF, as well as from several other funding agencies.

In 2006 he received the Computer Graphics Achievement Award, the top research award in the field of computer graphics. In 2008 he received the John Gregory Prize for his research in computer-aided geometric design. He serves as an associate editor for ACM Transactions on Graphics and for the journal Computer Aided Geometric Design. He also has research interests in family history technology.

BYU awarded him the Karl G. Maeser Research and Creative Arts Award in 1990 and a University Professorship in 2004.

He and his wife, Brenda, have eight children.