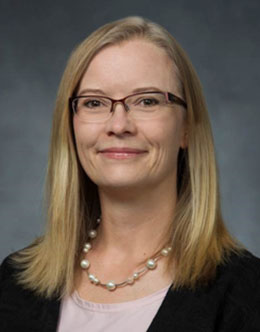 Tracianne B. Neilsen, an associate physics professor at Brigham Young University, has always made having a family of her own and following the example of her own stay-at-home mother a priority in her life.1 She met the man who would become her husband and father of her future children in their sophomore-level physics lab, but it would be five years from the time they met until the day they got engaged. In that time period, Dr. Neilsen and David (her husband) received their undergraduate degrees, and Dr. Neilsen also left to serve as a missionary in the Czech Republic. David wrote her every week and ultimately convinced her it would be a good idea to date after she came home. When they finally got engaged, Dr. Neilsen was in her first year of graduate school at the University of Utah and David was finishing a master’s degree at BYU.

At this point Dr. Neilsen’s desire to have a family was still strong, but so was the urge to continue her research and education. She and her husband pressed forward while trusting in the Lord, not knowing exactly what each step of the path would look like. Their first child was born during graduate school, with the other two arriving while she and her husband were working in postdoctoral positions at the same university where they received their PhDs: the University of Texas at Austin. In an article for the Acoustical Society of America, which helped Dr. Neilsen remain connected to her field while she was busy being a mom, she wrote, “When I went to graduate school but didn’t know how a Ph.D. in physics would mesh with my desire to primarily be at home with my young children, I kept going because the Holy Spirit whispered peace. As different unexpected opportunities arose for me to keep a toe in the world of underwater acoustics research while my children were very young and then have new opportunities as our children entered school, I was amazed.”2

Dr. Neilsen’s path was not without resistance, and she remembers “The end of my [first] pregnancy included taking final exams when I could barely squeeze my stomach into the desk.”3 She had to keep praying, working diligently, and trusting in the Lord to help her make good things happen in her life and the lives of her family members. Despite hectic and difficult circumstances, Dr. Neilsen found a way to both be a mother who is present in her children’s lives and a brilliant researcher. By 2004, she was asked if she would like to become an adjunct professor at BYU, and then became a part-time research scientist in 2009. Dr. Neilsen’s specialty is acoustics, but when she sought out research opportunities, she ended up working on projects where she learned about military aircraft noise. Finally, in 2018, Dr. Neilsen was hired full-time at BYU and was able to go back to researching underwater acoustics.

Dr. Neilsen has a beautiful description of how everything has worked out for her and her family. Instead of using the word “balance” to describe her life, Dr. Neilsen says, “I like to think about work-family harmony instead because harmonies come in many varieties. So many harmonies are beautiful as are all families. Harmonies ebb and flow just as our family and work responsibilities change over time.”4 By listening to the Spirit to create that harmony, Dr. Neilsen has been able to spend time raising her children and achieve academic success. She recently finished her three-year term as chair of the Women in Acoustics Committee of the Acoustical Society of America, following which she started her term as a member of the Executive Council for the Acoustical Society of America. She is also currently an associated editor for the Journal of the Acoustical Society of America Express Letters, and has hundreds of her own publications. In addition to these achievements and other progress Dr. Neilsen has made, she is making a monumental impact on the students in her classes. They have repeated the sentiment that not only does she have a great enthusiasm for physics, but also for making sure that her students succeed and feel loved.

The Messy Middle of Revelation