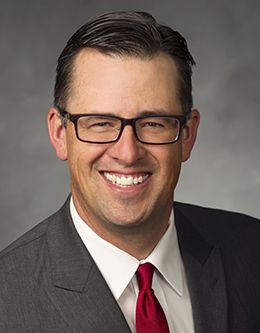 Professor Tyler J. Jarvis has been on the faculty at BYU since 1996 and is a former chair of the Department of Mathematics at BYU. He is a codirector of the National Science Foundation–supported BYU Center for Undergraduate Research in Mathematics and is vice president of the board of directors of the Utah-Idaho Council on Problem Gambling.

He enjoys playing racquetball with his students and faculty colleagues and building everything from robots to ziplines with his wife, five daughters, two sons, and anyone else who might be interested.

“That’s How the Light Gets In”