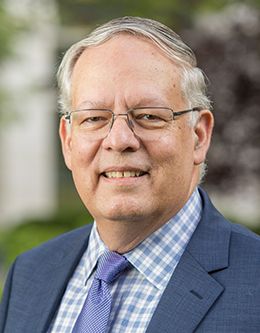 Dr. Van C. Gessel is currently a professor in the department of Asian and Near Eastern Languages and previously served as a chair of that department. He also served as dean of BYU’s College of Humanities. He earned MA (1975) and PhD (1979) degrees in Japanese literature at Columbia University and joined the BYU faculty in 1990.

He has taught at Columbia, the University of Notre Dame, and was on the faculty at UC Berkeley for eight years. His scholarly work has focused on post–World War II Japanese fiction, especially the writings of Endo¯ Shu¯saku, a Japanese Christian author.

In 1995 Professor Gessel was commissioned by the Milwaukee Repertory Theatre and the Japanese troupe Subaru to serve as literary advisor for a bilingual stage adaptation of Endo¯’s renowned religious novel, Silence, with a script by Steven Dietz.

Brother Gessel has served the Church as a missionary in the Japan-Okinawa Mission from 1969 to 1971, as an elders quorum presi­dent, and as bishop of the BYU 57th Ward and president of the BYU 16th Stake.  He and his wife, Elizabeth Darley, presided over the Oregon Portland mission from 2005 to 2008.

The “Welding Link” of Culture