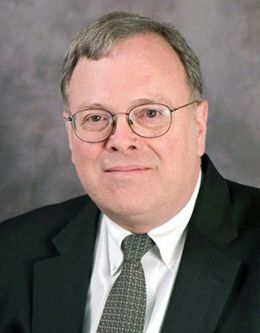 W. Cole Durham Jr. is an American educator. He is the Susa Young Gates University Professor of Law and Director of the International Center for Law and Religion Studies at Brigham Young University’s J. Reuben Clark Law School. He is an internationally active specialist in religious freedom law and involved in comparative law scholarship, with a special emphasis on comparative constitutional law. In January 2009 the First Freedom Center granted him the International First Freedom Award in Richmond, Virginia. Durham is a graduate of Harvard College and Harvard Law School, where he was a Note Editor of the Harvard Law Review and Managing Editor of the Harvard International Law Journal. He is currently president of the International Consortium for Law and Religion Studies (ICLARS), based in Milan, Italy, and co-editor-in-chief of the Oxford Journal of Law and Religion.

From 1989 to 1994, Durham served as Secretary of the American Society of Comparative Law, and he is also an Associate Member of the International Academy of Comparative Lawin Paris. He served, along with Javier Martinez-Torron of Complutense University of Madrid, as a General Rapporteur for the topic “Religion and the Secular State”at the 28th International Congress of Comparative Law, held in Washington, DC, in July 2010. On January 1, 2000, he was named director of the J. Reuben Clark Law School’s newly created International Center for Law and Religion Studies. Since 1994 Durham has been a Recurring Visiting Professor of Law at Central European University in Budapest, where he teaches comparative constitutional law to students from throughout Eastern Europe, and increasingly from Asia and Africa as well. He has been a guest professor in Gutenberg University in Mainz, Germany, and at the University of Vienna.

The Doctrine of Religious Freedom