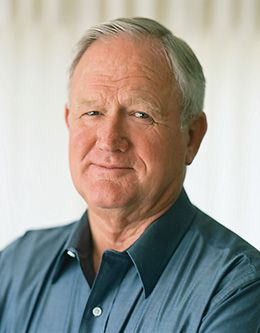 Willard M. Hirschi is a Rockville, Utah, native. He has attended BYU, Arizona State University, and Stanford University and has completed course work for his doctoral degree. After var­ious teaching and coaching positions, he joined the BYU faculty in 1964 as a health science teacher and volunteer track coach. He was appointed men’s head track coach in 1989.

A state hurdles champion as well as an honored football, baseball, and bas­ketball player in high school, Willard Hirschi became a conference hurdles champion in college and was on the track and basketball teams while attending BYU. He has been a coaching clinic lecturer around the United States and abroad and has published books and articles in his fields of expertise.

Under Coach Hirschi’s direction, BYU’s track teams have won 21 WAC and Mountain West Conference indoor and outdoor championships out of a possible 24. His track teams were named Men’s Athletic Team of the Year in 1994 and 1997; he has been named indoor and outdoor WAC/Moun­tain West Conference Coach of the Year 19 times. He has been an Olym­pics coach in Barcelona (1992) and in Atlanta (1996).

Brother Hirschi is a 1999 recipient of BYU’s Circle of Honor award. He has served in numerous Church callings, including athletic director, bishop, and stake presidency counselor. His hobby has been historical research on the Southern Utah and Arizona Strip areas, including collecting oral histories from elderly residents of those areas.

Willard and his wife, Barbara, are the parents of four children.