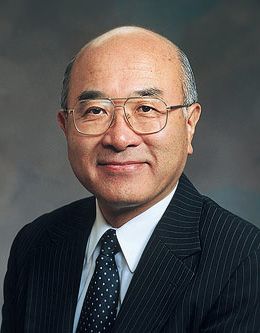 Yoshihiko Kikuchi was born on July 25, 1941, in Horoizumi, Hokkaidō, Japan. When he was a young boy, his father—a fisherman by trade—was killed by an American submarine attack just two weeks before the Japanese surrender marked the end of World War II. Because the Kikuchi family suffered financially, after graduating from junior high school, young Yoshihiko decided not to attend senior high school, instead working to help support his family during the day and going to school at night. During these trying times, Kikuchi suffered from exhaustion and was hospitalized for two months. He then moved in with his uncle in the northern part of Japan in order to recuperate.

It was there that two young American men knocked on his door. Due to the traumatic events of his childhood, Kikuchi was prejudiced against Americans and refused to talk to the foreign missionaries, but one missionary said, “We have a message for you. Can’t you even spend five minutes?” Begrudgingly, Kikuchi listened as the two missionaries unfolded the story of the restoration of the gospel of Jesus Christ. He was baptized two weeks later at age sixteen.

Kikuchi went on to become a missionary himself, serving in the Northern Far East Mission, which included his home country. After two years of service, his mission president requested that he extend six more months. Upon completion of his thirty-month mission, Kikuchi returned home and was married to his sweetheart Toshiko Koshiya in 1964. The couple has four children.

Kikuchi decided to further his education at the Asia University of Tokyo. Although he would eventually graduate in business psychology and management, the initial years were difficult; ten months into his studies he was called as a branch president, and a year later his first daughter came. He slept only four hours per night, but he recalls, “Those days were the most profound experiences of our lives.”

After graduating from university, Kikuchi worked as a sales manager for a cookware firm and eventually operated his own export-import company. In 1977 he was serving as the regional manager for Rena-Ware Distributors Company for the entire Japan area when he was called as a member of the First Quorum of the Seventy, the first native-born Japanese member to serve in that capacity.

During his tenure as a general authority, Elder Kikuchi served as an assistant executive director in the Temple Department, a president of the Asia North Area, and a counselor in many area presidencies in the United States. In 1997 he returned to his beloved homeland of Japan to preside over the Tokyo Japan Temple. He was also the president of the Hawaii Honolulu Mission for three years. Elder Kikuchi was granted emeritus status at the October 2011 General Conference.

Elder Kikuchi delivered five devotional addresses at Brigham Young University. Each speech encourages listeners to fulfill our potential as children of God and gives suggestions on how to combat the troubles of our day.

How Do You Open Your Heart to Heaven?

Thy Will Be Done

“Come, Listen to a Prophet’s Voice”