When I open my eyes I see a world full of color with millions of shades of green and yellow and blue. It is hard for me to imagine the world any other way. And yet my eyes don’t see everything. Despite the rainbow of colors ranging from red to purple around me, honeybees can see the ultraviolet light that I can’t. At night I stumble unless I turn a light on, but cats and owls see things in the dark that I can’t. When I get far away from an object, I can no longer see it, but hawks and vultures can spot their prey while flying two miles overhead.

The world that seems so obvious to me is actually far from the world that really is. One goal of getting an education is to help us bridge this gap between the world that we observe and the world that actually exists—to help us see, if you will, like the bees and cats and birds. To bridge this gap, however, we must first question those perceptions that initially seem apparent and that blind us, in a sense, to a larger vision of our world and of our own possibilities.

The genius of Copernicus was not only that he correctly inferred that the earth revolves around the sun but that he first questioned the inconsistencies implied by the centuries-old notion that the sun, planets, and stars circled the earth.

The genius of America’s Founding Fathers was not only that they framed the Constitution and drafted the Bill of Rights but that they first questioned how to construct a sovereign government that would ensure personal liberty.

The genius of Albert Einstein was not only that he formulated the theory of relativity that redirected the whole course of scientific thought but that he first questioned the validity of the mechanistic view of the universe that had been accepted for nearly 200 years.

And the genius of Joseph Smith was not only that he inspired men and women to build great cities and temples but that he went into a grove of trees and questioned the Father about which church was right.

Great minds conceive great questions—questions that spark imagination, questions that stimulate discovery, and questions that provoke more questions. Ignorance cannot last long when accompanied by investigation and inquiry. We tend to measure success in the world on the basis of answers but forget that the answers were each preceded in turn by someone asking the right question. After all, our physics graduates could tell you all about the theory of relativity and the music majors could surely hum Beethoven’s Ninth Symphony, but we would hardly call them geniuses for doing so. Gaston Pierre Marc, duc de Lévis, said, “It is easier to judge a man by his questions rather than by his answers” (Maxims and Reflections[1808], maxim 17). The library has shelves of answers. The true learning process begins by asking the right kinds of questions.

Of course finding an insightful answer requires more than merely posing a question. During the Crimean War problems with sanitation accompanied by movement of men and materials from one location to another led to several outbreaks of yellow fever among the peasant population of southern Russia. The doctors attending the troops also tried to treat the peasants who had been afflicted. But the peasants, who had no previous experience with doctors, soon came to equate the doctors’ visits with disease and death. They asked themselves, not surprisingly, what the cause was and answered their question by killing the doctors. The ability to ask the questions that yield illuminating answers demands a knowledge of the questions already asked and the answers already established. The questions that have transformed our conception of the world were based on education, not ignorance.

Much of our time in college has been spent building the intellectual foundation that will enable us to ask interesting questions. By reciting Shakespeare, reading Dickinson, listening to Brahms, deriving equations, and recounting history, we have come to appreciate the contributions of great men and women to our understanding of this world. But looking back over this part of our education can be depressing. Most of us graduating today would be hard-pressed right now to pass the finals we took last year—let alone to even remember all the classes we took as freshmen. Certainly we didn’t all come to college so that we could learn and then promptly go out and start forgetting.

What, then, has been the greatest benefit of our education? We have learned how to question. We have learned that interpreting a poem only begins when you read the last word. Then you have to question the use of imagery, the meaning of words, and the choice of language and meter and style. Likewise, we have learned that rigorous scientific analysis requires challenging every method and assumption and control in an experiment.

Perhaps we have not yet transformed the world around us, but with the questions that have been stimulated by our careful preparation here at BYU and the questions that will arise as we confront the world that lies before us, we have the seeds of discovery within us. And with our answers we will come to see a world that has not yet even been conceived—a world that even the bees and hawks and owls cannot see. 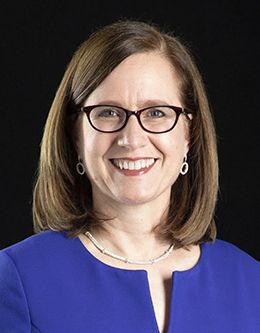 Brigitte C. Madrian spoke as the representative of her graduating class at BYU commencement on 28 April 1989.

To Serve and Benefit the World

The Legacy of Learning