Your Duty to God and Your Fellowmen

What a magnificent building this is! I like to think of it as one of the temples of learning seen in vision by several during the early years of this institution. It exists as a result of the extraordinary efforts of so many: generous donors, skilled architects and laborers, energetic LDS Philanthropies employees, and dedicated and visionary faculty, staff, and administrators. There are so many to thank that time does not permit a full recital, but I would be remiss if I did not mention five individuals, beginning with Jack Wheatley and Ira Fulton, whose visions of a new engineering building go back nearly twenty years. I also thank Kelly Reeves, who led the LDS Philanthropies effort. And I want to thank, in particular, Alan Parkinson and King Hussein. These two led the way from the very beginning. They attended seemingly innumerable planning meetings, conceptualizing the macro and the micro of what this building should be. They also traveled tirelessly across the country in search of funds—in one case literally taking on the role of Moses, leading the way to a new promised engineering land. Through sheer determination and amazing consecration, they, with help from so many others, almost willed this building into existence. I thank them for their leadership, and I thank so many others for following their lead.

Thanks is also due to those who—long before any of us were involved at BYU—laid the foundation for the outstanding engineering programs this building will house. Included among them is the person for whom the former engineering building was named: Harvey Fletcher. I hope that our faculty and students who occupy this building come to know Harvey, not just as the name of the café but as a role model for what we hope happens in this building.

Harvey Fletcher was born and raised in Provo. He initially entered Brigham Young Academy in 1900, a year after he had finished eighth grade—a level of education that he thought was as much as he needed.1 After a year working full-time in the grocery business, he decided to go back to school, later recording that he did so “not because I wanted further education but because I thought it would be fun to be with my schoolmates again.”2 It was with that modest goal that Harvey began his experience at Brigham Young Academy.

Like many of our current students, Harvey found that his classes at Brigham Young Academy were a bit more difficult than in his prior school, and, in part because he did not do the assigned work, he failed his first physics class.3 But, showing the resilience we hope our students develop, Harvey retook the course and obtained the highest grade in the class.4 Shortly thereafter he was hired as an assistant in the physics lab, and during his last three years of college at the newly renamed Brigham Young University, he taught physics and math.5

Demonstrating a love for BYU that we hope you all develop, Harvey turned down an offer to remain as a professor at the University of Chicago8 in order to return to BYU, where he taught physics for five years.9 He then followed the advice of President Joseph F. Smith10 and accepted an offer to work for Western Electric Company in New York City, where he was appointed director of physical research at Bell Labs.11 While there he was instrumental in the development of electric hearing aids and stereophonic sound.12 He published fifty-one papers and two books and obtained nineteen patents.13 He received honorary degrees from five universities, including Columbia University and the University of Utah.14 Harvey’s was a remarkable journey from failing physics student to award-winning physicist.

Three years later—when he was sixty-nine years old—at a stage in life when many of his contemporaries were winding down, Harvey demonstrated the kind of consecrated attitude that we hope our students develop by returning to BYU to become the chair of the newly formed Engineering Department at BYU.17 His arrival was both providential and impactful. When the idea of starting an engineering program was first seriously proposed in 1951, there was some opposition. Some thought it was too ambitious an effort—one that could succeed only by deviating off the university’s chartered course as a primarily undergraduate teaching institution.18 Indeed, formal approval of the program from the board of trustees came with the stipulation that the department not pursue research and that “under no circumstances was the appellation of School of Engineering to be attached to the department.”19 However, the board’s confidence in Harvey’s steadfastness and consecration was such that they were willing to allow the new department to grow, and in 1954, Harvey was named dean of the newly formed College of Physical and Engineering Sciences.20

Harvey Fletcher embodied many of the ideals of a BYU graduate and faculty member. He was a leader in his field of study and also a person of deep-seated faith. He demonstrated that it is possible to be a world-class scholar while being unquestioningly loyal to the principles of the restored gospel of Jesus Christ—that we can succeed in the world of work and the world of ideas not despite our faith in Christ but because of it.

This blend of faith and study was part of Harvey’s vision for BYU long before he came back to the school in the 1950s. Thirty years earlier, in 1921, Franklin S. Harris, who had just been named president of BYU and who had been a classmate of Harvey’s at BYU, reached out to Harvey in New York for input as Harris began formulating his plans for the university.21 In a long letter, Harvey offered two observations that describe well our current mission and that I hope those who work and study in this building will take as a personal charge.

First, he said, “The quality of the educational work which is done should be second to none.”22 We must, as our mission statement provides, create an atmosphere in which “a commitment to excellence is expected”23 in all we do.

Second, and more important, Harvey wrote, “The aim of the school should be to make the students loyal to the Church, and instill into their very being duty to God and their fellow men.”24

So as we begin in this new building, I hope that you, like Harvey Fletcher, engage in educational work that is second to none while having instilled in your very being your duty to God and your fellowmen. May you carry on that legacy is my prayer, in the name of Jesus Christ, amen. 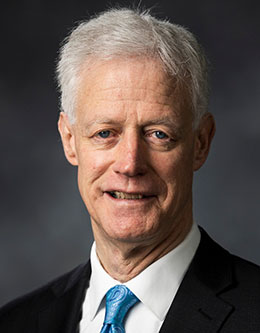 Kevin J Worthen, president of Brigham Young University, delivered this address at the dedication of the BYU Engineering Building on December 4, 2018.