29:42
Full Video
We are blessed to know that the Lord has established a means of communication with His children through His ordained prophets. Our prophet’s voice and the message it shares can be trusted to teach and guide us in the will of the Lord.

My dear brothers and sisters, it is a great honor for me to welcome you to a new semester at Brigham Young University. My husband and I want you to know that we love and admire you. Your success and growth spiritually, academically, intellectually, and socially are of great importance to us as well as to others associated with the university. In every area of interest to you we encourage you to strive for integrity and excellence. The experiences and knowledge gained during your time here will influence the rest of your lives.

A few years ago my husband and I were enjoying visiting Australia. It was promising to be another beautiful spring day in the outskirts of Sydney. We were to be involved in a mission presidents’ seminar for presidents and their wives in that area of the world. However, at approximately 5:00 a.m. on a Wednesday morning, the telephone rang and woke us from our sleep. My experience with middle-of-the-night telephone calls has been that they usually portend bad news. Thus, as my husband got out of bed to answer the phone, I was quite nervous and concerned. As he answered the phone, I heard him say, “Hello, Emma.”

I relaxed somewhat, knowing that Emma was his secretary in the Office of the Seventy. I knew that we were 16 hours ahead of Salt Lake City time and it was Tuesday during working hours there. My thought was that she just wanted to talk to him before he became involved in the meetings of the day. However, his response to whatever she was saying to him was a very shocked “Oh, no!”

Again I became very concerned and surmised that it was not good news but involved something or someone from the Church family and not our own immediate one. I recall that he hung up the telephone and came and said to me that Emma had just reported to him that two planes had hit the World Trade Center buildings in New York City. We were instructed to remain in Australia until further notice.

We, of course, got up and turned on the television and were filled with shock, horror, and great sadness as we saw and heard of the devastating attacks in our homeland. The seminar began that day, but, as you can imagine, it wasn’t quite business as usual. A great somberness filled all our hearts. I felt such a heaviness of spirit.

The day proceeded with an abbreviated schedule as well as phone calls by the participants in the seminar to their homes and families. We were also informed that we would be able to receive the audio portion of a program to be held that evening originating from the Tabernacle on Temple Square.

The time came to hear the broadcast from Salt Lake City. I cannot recall exactly what was said or sung that night; however, I can vividly recall how I was affected when I heard the voice of our beloved prophet, Gordon B. Hinckley, as he spoke from thousands of miles away. Just to hear his voice seemed to lift much of the sadness and gloom I was feeling. I will always remember and treasure the comfort and peace I felt from hearing the love and tenderness in his voice that day. Others in the meeting expressed having the same overwhelming feelings of calmness and solace as I did upon hearing his voice. This peace came from our knowledge that we had a prophet to lead and guide us and that if we but listen and obey the words of such a man, who speaks for the Master, all would be well in our lives—no matter what else happened.

Prophets in ancient and modern times have been chosen before they come to the earth. They were “prepared from the foundation of the world according to the foreknowledge of God” (Alma 13:3). They have been selected and reared by the Lord to be the leaders of His church and preside over it at specific times in which they have served. They have and will be protected until their missions are completed. In this time and place, President Gordon B. Hinckley is our prophet. In today’s world, as in past dispensations, there always has been a need for the steady and reassuring voice of a prophet. All of the Lord’s prophets have had the faith, courage, and conviction to speak with boldness the words of God.

President Hinckley had been praised by some with descriptions such as “clearly a man for the season. . . . He’s a hand shaker, a praiser, a man who knows what to say and how to say it, often with a sense of humor.”1 Those who do not understand his calling as a prophet see him only as such. They view him as a very nice and wise elderly man who speaks of wonderful values and seems to love people. His message may be pleasing to some, but they might also feel he may not fully understand what life is really like in today’s world. They may consider that he is just a little bit old-fashioned in his advice and that his messages and counsel are only his opinions and can be accepted or rejected as desired. If his advice seems nice and acceptable to them, it may be heeded. If it doesn’t, they may feel justified in rejecting it. This is how most of the world may view him, but we who are faithful members of The Church of Jesus Christ of Latter-day Saints are asked to sustain him as a prophet, seer, and revelator, as well as the president of the Church.

We are told in the scriptures that the message of a prophet is not his own but what the Lord would have him say. We are told by the Lord, “My word shall not pass away, but shall all be fulfilled, whether by mine own voice or by the voice of my servants, it is the same” (D&C 1:38). Heeding the voice of the prophet is obeying the will of the Lord. Therefore, if we reject the message of the prophet, we are rejecting God and we are choosing the influence of another who seeks our eternal destruction and misery.

We are blessed to know that the Lord has established a means of communication with His children through His ordained prophets. Our prophet’s voice and the message it shares can be trusted to teach and guide us in the will of the Lord. When we sustain President Hinckley as our prophet, we place ourselves under solemn covenant to heed his counsel. There is safety in obeying the counsel of a prophet, even though at times we may not understand the counsel and may think that it doesn’t apply to us. Remember, he is the Lord’s mouthpiece.

President Hinckley has spoken many times on this campus. The words he has spoken are for all students who have or will attend here as well as for young men and women throughout the world. He loves you and knows and understands the world in which you live. He wants you to be successful in your academic and spiritual lives.

May I take the opportunity to quote a very small sample of advice that he has given you. This is counsel he has felt is valuable to heed as you are in this stage of your lives and as you move forward into the future. He has said:

Every one of us who is here has accepted a sacred and compelling trust. With that trust, there must be accountability. That trust involves standards of behavior as well as standards of academic excellence.2

I encourage you to speak up for moral standards in a world where filth, sleaze, pornography, and their evil brood are sweeping over us as a flood. In the first place, none of us can afford to be partakers of this rubbish. . . .

Stand up for integrity in your business, in your profession, in your home, in the society of which you are a part. . . .

Stand up for loyalty to your heritage. Each of us represents the latest chapter in a long line of generations. . . . The name that you carry is a treasured possession. Keep it unsullied. . . .

Be loyal to the Church. Stand tall for it. Defend it. Speak no evil against it. It is the work of God. He who ridicules it or defames it offends him whose church it is. It carries the sacred name of the Lord Jesus Christ.3

You young men and you young women, most of you will marry and have children. Your children will have children, as will the children who come after them. Life is a great chain of generations that we in the Church believe must be linked together.

I fear there will be some broken links. Do not let yourself become such.4

Take a little time, now and again, to reach out to help others—there are those right around you, students in need of a little kindness, a little attention, a little appreciation. . . .

These are valuable words of advice and concern for all of us, and we honor our prophet and the Lord by heeding them.

We do honor and love our beloved prophet. One cannot help but love him. We love him when he walks with a speedy gait for a man now in his 96th year and waves his cane.

We love him when we feel the tenderness in his voice as he speaks of Sister Hinckley.

We love him as we see him shake the hands of people throughout the world and see the tears in the eyes of those who meet him.

We love him when his sense of humor makes us laugh and smile.

But, most important, we love and honor him because we know that he is a man of God who follows the Lord Jesus Christ in everything he does.

My dear brothers and sisters, I do have a testimony that Gordon B. Hinckley is a prophet of the Lord. Listening to and heeding his voice can give us direction in our lives that can lead us once again to our Father in Heaven and His Son, Jesus Christ. I express this to you in the name of Jesus Christ, amen. 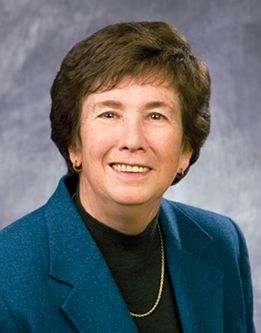 Fourteen Fundamentals in Following the Prophet