Explore More On Jesus Christ, Our Savior and Redeemer It was the third day since Christ’s crucifixion. Because of the Sabbath, Mary Magdalene had been unable prepare Christ’s body for a proper burial. So she waited patiently, obediently—yearning to serve her departed Master. As soon as she was able, Mary anxiously made her way to her Savior’s tomb. The morning was still dark, its darkness settling on her weary and grief-torn heart. When she arrived, the stone was rolled away. Mary flew to the sepulcher, but when she peered into the darkness, her worst fears were confirmed—it was empty. Her Master was gone.

In despair, Mary ran to the disciples and told them, “They have taken away the Lord out of the sepulchre, and we know not where they have laid him” (John 20:2).

Peter and John immediately ran to the tomb, leaving Mary to follow. There they saw the evidence of Mary’s words: the stone rolled back, the empty tomb, the linen clothes wrapped together and placed inside. They believed Mary’s words, and then they went away again. But Mary stayed.

She stood outside the tomb weeping—lost, alone, her hope as empty as her Lord’s final resting place. Perhaps unwilling to believe it, perhaps hoping that she and the others had seen wrong, she stooped once more to look into the darkness.

But this time it was not empty, and there, sitting where Christ’s body had lain, were two angels.

“They have taken away my Lord, and I know not where they have laid him,” she responded, her worry evident in her words (John 20:13).

She then turned—perhaps not knowing why—to look behind her. But the presence she sensed was only the gardener. And He spoke to her, “Woman, why weepest thou? Whom seekest thou?” (John 20:15).

Desperate words fell from her mouth as she pled, “Sir, if thou have borne him hence, tell me where thou hast laid him, and I will take him away” (John 20:15).

At the all-loving utterance of her name, Mary’s eyes were opened, and she no longer saw a gardener before her. “Rabboni, My Master!” was her heartfelt reply (see John 20:16).

What light and peace must have filled her soul! Her pain and grief was lifted, her joy flooded in, and her hope was restored.

Like Mary, we too have our dark moments of despair. We feel abandoned; we feel an emptiness in our hearts and think that our Savior has left us. But like Mary, we can persistently seek Him. Even after Christ had been crucified, Mary eagerly went to serve Him. Even when faced with the emptiness of the tomb, Mary stayed and sought Him out. Even in her most hopeless moments, Mary hoped.

The basis of all righteous hope is the person of our Lord and Savior Jesus Christ. In Him all hope has its existence. Without Him there is no hope. But because He was and is and ever will be, there is always hope—hope in all areas. He is hope. [“There is Always Hope,” BYU devotional, 3 June 1984.]

Through Mary’s story, we can learn to trust in the hope of Christ. He did not leave Mary alone to weep by the cold sepulcher. His compassion and love for her was so great that even before returning to His Father (see John 20:17), He visited Mary to bring her comfort, to give her peace. Our Savior and Master loves each of us as He loved Mary; He will not leave us comfortless. He lives, and His life gives us hope and grants us peace. 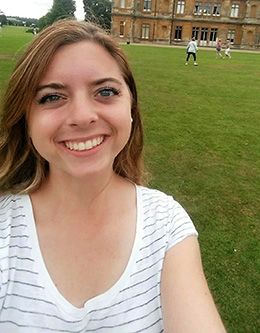 Aubrey Milligan Zalewski is an editorial assistant for BYU Publications & Graphics. She enjoys short walks on the beach and long naps on the couch. Her hobbies include catching comma splices, creating parallel structure, and shortening run-ons. She’d say that she considers language an artform, but that would be incorrect; it’s “art form.”