When Others Doubt Your Answers: Acting on Personal Revelation “I know you have a good head on your shoulders, but what are you doing?”

“He’s not the only one who will ever love you, you know.”

“Are you sure you want to do this?”

From the moment I announced my engagement, I started receiving negative feedback. I was only 19, and to my non-LDS friends, that was like getting your driver’s license as a 6-year-old. On top of that, my then-fiancé had been my first boyfriend, and we had only been dating for four months. In what seemed like the blink of an eye, I went from being the girl who had never even been on a single date to being the girl who was planning a wedding.

When I first met my husband, I didn’t think our relationship would move so fast. However, one evening, we started talking about the possibility of marriage. Suddenly, I got the most powerful spiritual prompting I had ever received in my life. While it was nothing more than a feeling, it was strong enough to get my attention immediately. It felt like a physical wave of the most genuine comfort, warmth, and peace, right in my core. I looked at my boyfriend, and I could tell he felt what I had just felt. From that moment on, we knew we were right for each other; we decided to move forward in our relationship.

That is, until I started getting the less-than-supportive text messages from my friends. My trust in the strong feelings of peace, comfort, and rightness weakened with each astonished response. My head started filling with too many what-ifs: what if this decision that I was so sure about wasn’t really right? What if our feeling that night wasn’t really the spiritual prompting we thought it was? Panic set in as I looked down at the ring on my finger. It had only been there a few days, but already I wondered whether or not it belonged there.

I knelt down in prayer, many times, pleading with Heavenly Father to help me know that what I was doing wasn’t as foolish, naïve, and premature as so many of my friends were making me feel it was. Each time I prayed, I got a strong feeling that told me I already knew my answer; God had already confirmed to me that night about how He felt about my marriage decision. The question was, if God wanted this to happen, why wasn’t any of my fear or worry going away? If this was a decision God approved of, why wasn’t He making it easier for me to go through with it?

Cast Not Away Therefore Your Confidence

One afternoon, I came across Elder Holland’s 1999 devotional address, “Cast Not Away Therefore Your Confidence.” In it, Elder Holland opened his devotional by saying he was going to speak “regarding opposition that so often comes after enlightened decisions have been made, after moments of revelation and conviction have given us a peace and an assurance we thought we would never lose.” Listening to those words, I felt as if Elder Holland had written this address specifically for me. I listened with rapt attention as he continued:

Once there has been genuine illumination, beware the temptation to retreat from a good thing. If it was right when you prayed about it and trusted it and lived for it, it is right now. Don’t give up when the pressure mounts. . . . Face your doubts. Master your fears. ‘Cast not away therefore your confidence.’ Stay the course and see the beauty of life unfold for you.

The pressure in my situation was certainly mounting, and I was full of doubts and fears. But I realized it was time for me to regain the confidence I had on the night I received my revelation. It was time for me to act on what I had felt. I decided that no matter what anyone else was telling me, I was going to follow through with this decision with renewed confidence in the Lord and His plan for me. I was going to push through the doubts and take a leap of faith.

Now, looking back on that decision, I think of all the happiness and growth I have experienced in my marriage—all that would have been sacrificed had I given in to the criticism around me. My husband has given me the wings to fly in ways I never could have on my own. He motivates me to pursue the dreams I think are impossible, comforts me in times I think I am inconsolable, and reminds me that I have divine worth when I feel less than divine. By regaining and keeping my confidence, staying the course, and following my prompting, the beauty of life has truly unfolded for me in my marriage. 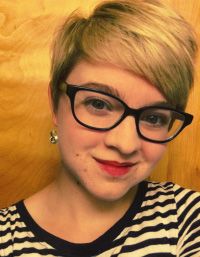 Gabrielle Smith is a digital marketing intern for BYU Magazine. When she’s not optimizing SEO, she can be found dancing in the kitchen, reading an Ann Patchett novel, or watching any given Marvel film.