“He said to give him your bag,” I quickly translated from Spanish for my newly-arrived, American trainee as she looked confusedly between me and the gun in fear, the brash sound of the pistol being cocked still echoing in our ears.

We quickly handed over our standard, missionary shoulder bags. The two robbers turned to leave.

“Wait—” I called out desperately (and probably a little foolishly) after them. “Can I at least keep my scriptures?”

“You’ll find them dumped on the road later,” they replied as the pair hurried away.

My trainee started sobbing while I just hugged her in shocked silence. We were literally standing on our meetinghouse’s doorstep—and I was days away from finishing my LDS mission. Why would this happen here? Now?

We would find some of our other belongings the next day, but my scriptures—my 17.5-month-old, meticulously-marked, memory-laden scriptures that I had begged for—never turned up.

When I returned home from my mission just six days later, I was physically and emotionally exhausted. My flight had been delayed coming home, and my stomach was still churning from parasites I had gotten a few weeks earlier. Pre-mission friends and family were all busy living their own lives that no longer included me. I questioned what direction my life should take now that I was home. And, most of all, I wondered why God would send me home from my mission feeling more battered and bruised than blessed.

That really ate at me. Despite making thousands of joyful memories serving, teaching, and laughing over the course of seventeen and a half months, it seemed the anxiety, anger, and sadness of the last few weeks of service had somehow soured the rest, leaving a bad taste in my mouth whenever I thought back on my mission at all.

Those doubts and exhaustion slowly bled into my spiritual life, and soon I found I was a struggling RM who finished her mission with more doubts than she’d began it with.

“Lord, I Believe; Help Thou Mine Unbelief”

The first time I opened my crisp, new scripture set—the replacements for my stolen ones—I couldn’t help feeling overwhelmed and angry. For me, as silly as it seems, the endless white pages better represented all the spiritual knowledge I had “lost” than any new wisdom I could gain. Most days, I felt too disappointed—too bitter—to even read them.

Agonizingly self-aware of my situation, I frequently felt that my prayers were just as desperate as the father in Mark 9:24 who cried out with tears, “Lord, I believe; help thou mine unbelief.” That hope in Christ—clinging to what I did believe, and the good I had experienced on my mission—helped me cope with the unbelief and doubts I faced from those difficult final weeks.

In the more than two years that have gone by since I finished my mission, I’ve learned that the sacrifice of Jesus Christ’s Atonement covers doubts and disillusionment, not just sin. I’ve learned to purposefully remember my trials as faith-builders, not faith-breakers. And more than anything, I’ve learned to be humble in my human fallibility without falling into despair. There is hope in Jesus Christ, especially when trials threaten to sour, not strengthen, faith.

Challenges and difficulties that many of us resist are the very elements which refine us and make godly men and women. The Lord will try you in every attribute possessed by man and at all stages of development in your life. He will try you again and again until you know that you are able and will serve him at all costs.

I am thankful for the witness and the increase of faith I have received from this trial, even though it has taken time—years! I know now why the Lord decided to “try [me] again and again” during those final weeks of my mission: By overcoming this trial I have cultivated the faith—and the confidence in my faith—to tackle the next trial He will inevitably send for my benefit. 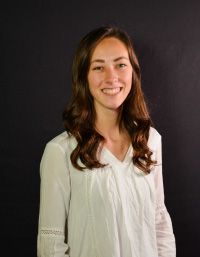 Eleanor Cain Adams is an avid hiker, runner, and journaling enthusiast. When she’s not busy at work or school, she’s dreaming about backpacking with her husband, or watching The Office. She’s currently an editorial intern with BYU Magazine. For more writing visit eleanorcain.wordpress.com.