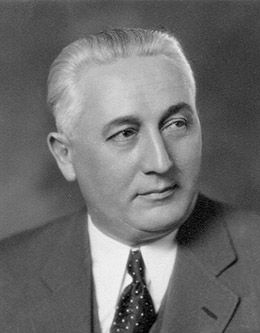 Alma Sonne is known for a life full of service, being one of the first called to serve as an Assistant to the Twelve Apostles. He remained in this calling as long as it existed, serving from 1941 to 1976, when the position was discontinued.

Born the seventh of eight children in Logan, Utah, Alma spent his youth preparing to serve a mission. Part of his preparation was supporting and helping a friend who was hesitant to serve.  In 1910, both he and this friend were called to preach the gospel in Great Britain.

As a missionary, Brother Sonne was responsible for booking the passage of several missionaries from England back to the States. He originally booked their passage on the Titanic, but when one of the Elders was delayed, Brother Sonne rebooked their tickets for a different ship that would leave the next day. The missionary that delayed them was the same friend that was so unsure of his desire to serve. Although the Titanic sank, the missionaries returned home without trouble.

On safely returning from England, Brother Sonne married Geneva Ballantyne in Salt Lake City. Together they had five children while Alma studied banking and finance at Brigham Young College in Logan, Utah. His education led him to a successful career in finance, directing and building several banks and companies.

In the early 1940s, Brother Sonne’s life changed drastically. After his first wife passed away, he married Leona Ballantyne and became a stepfather to her two children. He was also called as an Assistant to the Quorum of the Twelve, where he remained until being transferred to the First Quorum of the Seventy. During his time as a General Authority, he served as an advisor to the Church Welfare Plan, overseeing the rebuilding of Europe following WWII, and as a mission president in Europe.

A Funeral and a Mountain Top

“Let Your Light So Shine”

The Book of Mormon

Accounting for the Lord Jesus Christ