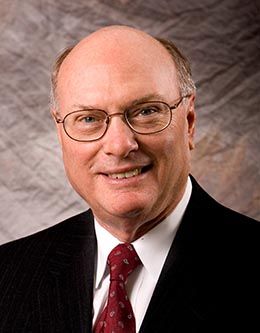 Alton L. Thygerson served as a BYU professor of health science and a fellow of the Academy of Wilderness Medicine (FAWM).
Over a span of 25 years he wrote nearly 1,200 weekly articles appearing in the Deseret News. He has authored over 40 books and manuals on first aid and emergency care, injury prevention, health, and fitness. Most of his books carry the name and logo of prestigious organizations such as the American Academy of Orthopaedic Surgeons, American College of Emergency Physicians, Wilderness Medical Society, National Safety Council, and the Boy Scouts of America. Ten million people have been trained using his materials, which have been translated into several languages.
He has received the Karl G. Maeser Research and Creative Arts Award and several national- and college-level awards.  He taught for four years in California prior to his service at BYU.
During his BYU student years, he was a four-year letterman on the track team and a conference champ. He was born and raised in Texas and during his high school senior year won the state’s 100- and 220-yard dashes with the second-fastest times in the United States.
Professor Thygerson currently serves in a stake Sunday School presidency. He and his wife, Ardith, have five sons.