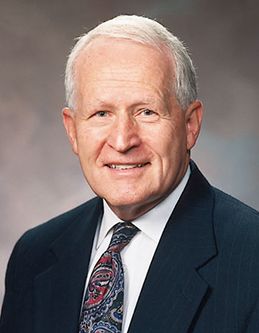 Ben B. Banks was born in Salt Lake City. He has spent his lifetime performing service for the Church in many different leadership positions. Elder Banks and his wife, Susan, have seven sons and one daughter. He enjoys playing sports and being outdoors. One of his favorite activities is biking. He frequently goes on bike trips with his sons on their way to attend family reunions in different parts of Utah. Earlier in his life, he started a successful lumber business that is now operated by his two oldest sons.

After serving as a bishop three different times and later as a stake president, Elder Banks was called to be a mission president. He and his wife served together to preside over the missionaries in Scotland. They enjoyed their experience immensely and were sad to see their time in Scotland come to an end. Before it concluded, however, Elder Banks was called to be a member of the Second Quorum of the Seventy. He has also served as a member of the Presidency of the Seventy. From 2002 to 2005, he was president of the Jordan River Temple. His church assignments have also taken him to the Philippines and Micronesia, where he has served and loved the people immensely.

Elder Banks has not lived an easy life. His family has experienced its fair share of medical problems, and more than once he has offered a blessing to a child or child-in-law who needed immediate assistance from the Lord. He has used these trials as opportunities to testify of the Savior to others, including the students and faculty at BYU. His devotional addresses call those who read them to action, encouraging all to improve their Christlike attributes, prepare for life’s challenges, and serve as Jesus did. Elder Banks’s constant example of love and service is one that many strive to adopt in their lives.

The Lord’s Plan for Peace

“Go Forth to Serve”