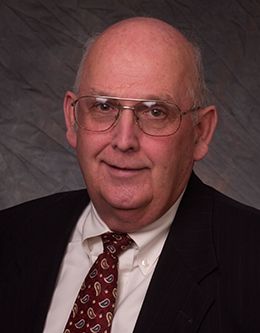 Bruce A. Chadwick served as a professor of sociology at Brigham Young University. He also served as depart­ment chair, director of the Family Studies Program, and director of the Center for Studies of the Family.
Born and raised in American Fork, Utah, Brother Chadwick served a mis­sion to the central states. He received his PhD from Washington University in St. Louis, Missouri, and taught at Washington State University for six years before coming to BYU in 1972.
In 1984 Brother Chadwick was awarded the Karl G. Maeser Research Award and from 1988 to 1991 was named an Alcuin Teaching fellow. He also served as an adjunct faculty member in Religious Education for several years.
Brother Chadwick is the author or coauthor of several books including American Ethnicity, Social Psychology, Social Science Research Methods, Middletown Families, All Faithful People, Statistical Handbook on the American Family, and Statistical Handbook on Adolescents in America. His many journal articles have focused on race relations, social change, religion delinquency, and family relations.
Brother Chadwick has served as bishop of his home ward and as bishop of a BYU singles ward. He is married to Carolyn Young Chadwick.

Hanging Out, Hooking Up, and Celestial Marriage