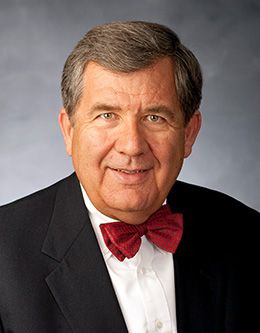 Professor David B. Magleby is a national authority on democracy and elections. He is principal investigator on a grant from the Pew Charitable Trusts to explore the role of soft money and issue advocacy in the 2000 elections. He recently edited Outside Money: Soft Money and Issue Advocacy in the 1998 Congressional Elections on a similar Pew-funded project. He coauthored other related books including The Money Chase: Congressional Cam­paign Finance Reform, published by the Brookings Institution in Washing­ton, DC; The Myth of the Independent Voter (University of California Press); and Direct Legislation: Voting on Bal­lot Propositions in the United States (Johns Hopkins University Press).
Magleby’s passion for elections and democracy is evident in his teaching and in his creation (in 1982) of the KBYU–Utah Colleges Exit Poll. In every biennial election since 1982, he and Professor Howard Christensen of BYU’s Statistics Department have organized a consortium of Utah colleges and universities whose students interview thousands of Utah voters each election day. Some of the data are used for election analysis after the polls close; the remainder of the data provide a valuable resource for students and faculty to probe voting behavior and public opinion. Magleby has also played a role in organizing the KBYU-televised debates in which students pose questions to statewide and federal candidates.
Widely respected in his field, Magleby is past president of Pi Sigma Alpha, the national political science honor soci­ety. He was a senior Fulbright scholar to Nuffield College, Oxford University, in 1996.

The Necessity of Political Parties and the Importance of Compromise

The Vanishing Voter and Other Challenges to Representative Democracy