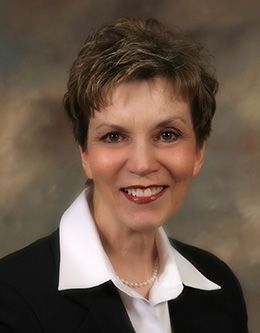 Elaine S. Marshall is dean of the College of Nursing. She studied at the University of Utah and served a mission to Colombia. Her clinical research has focused on children’s stress and families with children with disabili­ties. Her book Children’s Stress and Coping: A Family Perspective was awarded the New Professional Book Award by the National Council on Family Relations.

She has served on the executive board of Thrasher Research Fund and as an adjunct reviewer at the National Institutes of Health and appeared regularly as a child and family health expert on the television series Utah Living.

She has received many awards; among them are nurse of the year for excellence in nursing research by the Utah Nurses Association, the Lavinia Dock Award for her scholarship on 19th-century nurs­ing in the West, and the Jo Eleanor Elliott Leadership Award. She was named a leadership fellow by the Fuld Foundation and the American Association of Colleges of Nursing as well as a distin­guished writer by Sigma Theta Tau International Honor Society for Nursing.

Elaine Marshall has served as a member and chair of a general Relief Society and Church curricu­lum writing committee and cur­rently serves as Relief Society presi­dent in her ward.

Elaine Marshall is married to Dr. John R. Marshall. Together they are the parents of nine children and several grandchildren.

“In This Life I Shall Have Joy”

Perspectives on Knowing in a Human Science