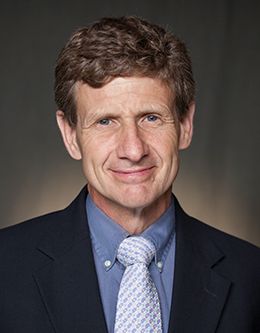 Dr. R. Kirk Belnap is an associate professor of Arabic in BYU’s Department of Asian and Near Eastern Languages and is director of the National Middle East Language Resource Center. The center works with Middle East lan­guage professionals and other Title VI centers to coordinate efforts for increasing/improving opportunities for learn­ing the languages of the Middle East.
Professor Belnap earned bachelor’s and master’s degrees from BYU and completed his PhD in linguistics at the University of Pennsylvania. He has been teach­ing at BYU since 1988. His research interests include the teaching of Arabic as a second language, computer-assisted language learning, sociolinguistics, language attitudes and literacy, and the history of Arabic.
Brother Belnap was a faculty member at the BYU Jerusalem Center in 1989 and in 1996–97. Because of political unrest in the Holy Land, he took the 2001 Winter/Spring Intensive Arabic Program students to study in Syria, with significant study time spent in Turkey, Lebanon, Jordan, Egypt, Morocco, and Spain.
He is married to Linnea Pearson.

Wars, Rumors of Wars, and Wise and Faithful Servants