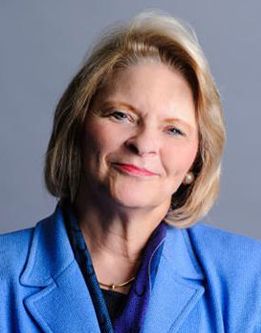 Growing up on a farm in Ulysses, Kansas, Sheri Dew learned early that “you reap what you sow.” Though naturally shy, she has become an iconic author and motivational speaker who has inspired many to overcome challenges and recognize their potential as children of God.

Sheri Linn Dew was born November 21, 1953. She was the oldest of five children and worked hard on her family’s grain farm. She was also very talented—as a 5’10” teenager she became an exceptional basketball player. When she began attending Brigham Young University in 1971, however, her shyness stopped her from trying out for the team. She found out thirty years later that the BYU Women’s Basketball team was one woman short in 1971; she has learned from this and many other life experiences that we should never hide from the talents and opportunities we are given.

Sheri Dew shone throughout her college years in other ways. She was a talented pianist and travelled as an accompanist on USO (United Service Organizations) trips to Alaska, Europe, the Mediterranean, and Asia. She earned a bachelor’s degree in history, with an emphasis in American religious history, from BYU.

After graduation, Sheri Dew began her career in the publishing business with Bookcraft. In 1988, she joined Deseret Book Company as an associate editor, and soon advanced to become the director of publishing, the vice president of publishing, and then the executive vice president of the company. In March of 2002, she was appointed president and CEO of Deseret Book Company, which includes two publishers, an events division, a digital division, a magazine, a film distribution company, and two retail chains—one of which comprises over forty stores across the United States.

Sheri Dew has continued to contribute her talents to her alma mater. She is a member of the BYU Marriott School of Management National Advisory Council and the BYU–Hawaii President’s Leadership Council. She also has been asked to serve in several prominent national and international settings. In 2003, she was appointed by the White House as a member of the United States Delegation to the Commission on the Status of Women and Girls at the United Nations. She spearheaded the nonprofit Chapters of Hope, a program designed to send children’s books to impoverished areas of the world. She has also spent great time and effort raising awareness of breast cancer. She understands firsthand the importance of early detection, having herself been diagnosed in 2006.

As a motivational speaker, Sheri Dew has delivered inspiring addresses on stages across the United States and in many countries of the world. Her contributions have been acknowledged by multiple organizations; she was given the Lifetime Achievement Award, the People of Vision Award by People of Sight, the Freedoms Foundation at Valley Forge Gold Medal, the Bay Area Distinguished Public Service Award by the BYU Management Society, and the Exemplary Womanhood Award by BYU.

A faithful and prominent member of The Church of Jesus Christ of Latter-day Saints, Sheri Dew’s insights and testimony of the gospel have touched the hearts of many members worldwide. She served as a counselor in the general Relief Society presidency from 1997 to 2002, and among the many books she has authored are the official biographies of Church Presidents Ezra Taft Benson and Gordon B. Hinckley. Her two powerful devotionals delivered at BYU exemplify her dedication to Jesus Christ and His cause, inspiring listeners and readers to have the courage to choose Him and recognize their divine potential.

Living on the Lord’s Side of the Line