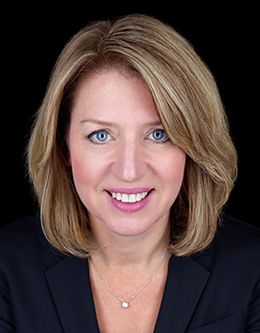 In her BYU forum address, Liz Wiseman presented students and faculty with an alternative way of thinking. People are at their best, she said, when they are learning, because they enjoy being challenged. That concept, “the rookie mode,” states that sometimes not knowing fosters more genius and satisfaction than being a trained professional. Wiseman has used this way of thinking to embrace challenges ranging from creating a corporate university at age 24 to authoring books to skillfully balancing family, work, and church service.

The California native graduated from Brigham Young University with a bachelor’s degree in business management and a master of organizational behavior. While at BYU, she married her husband, Larry, whom she had met at a young single adult dance when she was 17. The two decided to work before having children and Wiseman began working at Oracle Corporation upon graduating with her master’s in 1988.

About a year into her career with Oracle, she was given the task to build Oracle University, a corporate university for training the employees. At the young age of 24, Wiseman felt inexperienced and underqualified, but was fueled by the fact that someone believed in her. A year later, Oracle University was instituted in 120 countries that Oracle did business in. Although initially intending to “work there for a year or two and get a ‘real’ job somewhere,” Wiseman remained for 17 years, becoming the Vice President of Oracle University and the global leader for Human Resource Development.

Since then, Wiseman has tackled numerous projects that forced her out of her comfort zone to stretch, create, innovate, and overcome. She has conducted research on leadership and collective intelligence, authoring three bestselling books—Multipliers: How the Best Leaders Make Everyone Smarter; Rookie Smarts: Why Learning Beats Knowing in the New Game of Work; and The Multiplier Effect: Tapping the Genius Inside Our Schools. She is president of The Wiseman Group, a leadership and research development firm that teaches leadership to businesses throughout the world and some of her recent clients include Apple, Disney, eBay, Facebook, GAP, Google, Microsoft, Nike, Roche, Salesforce.com, and Twitter. Wiseman is the recipient of the 2016 ATD Champion of Talent Award and ranked as one of the top 10 leadership thinkers in the world by Thinkers50.

Despite her illustrious career, she has made it very clear that family and church are her top priorities; she delegates many tasks at work in order to be home with her family in the evenings and on the weekends. Says Wiseman, “I’ve never felt I was to work instead of raising my family. It has always been in addition to raising my family.” Wiseman resides with her husband and four children in Menlo Park, California.

The Power of Not Knowing